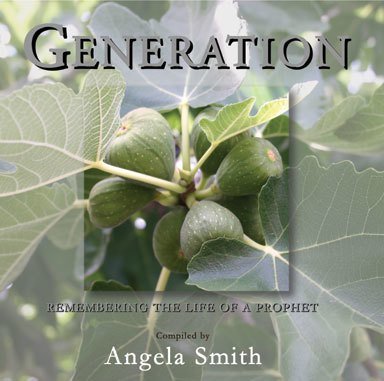 Memories and images from the people who were witnesses to many of the events that transpired during William Branham's 33 years of ministry.

William Branham's entire life was guided by the supernatural. At his birth, an unexplainable Light appeared and hung over the bed where he lay in his mother's arms. Throughout his childhood, the visions that he saw often frightened him, and he struggled to cope with these strange events that no one was able to help him understand.

At the age of twenty-two, the peace that he was looking for became his when he welcomed Christ into his heart. A short time later, upon receivinf the baptism of the Holy Ghost, once again a Light appeared before him, and a Voice told him that he was to preach the Gospel and pray for the sick.

After spending a decade as the pastor of a small, independent church, his ministry was propelled into the public spotlight after a visitation by an Angel of God, who informed him that his gift was to be used to inspire the faith of the people for healing, and that it would be revealed in two stages. The first was by means of a sign in his hand, which allowed him to identify diseases; the second part was the ability to discern the innermost secrets of a person's heart.

When this remarkable gift was first demonstrated publicly in 1946, the effect was explosive. Immediately the reports of miracles and healings began circulating among the Pentecostal churches. Nothing like this had been seen since the days when Jesus walked the earth! Within a few months the greatest healing revival the world has ever known was underway, and it was destined to change the face of Pentecostalism forever and go on to become the largest religious movement of the twentieth century.

Many were inspired by this mighty demonstration of God's power to heal, and soon scores of evangelists were crossing the counry and traveling the world conducting healing campaigns that attracted tens of thousands of people. Oral Roberts and T.L. Osborn were to become the best-known personalities of the movement, but even though they all exhibited the gift of healing in differing degrees, none were ever able to match the proven 100 percent accuracy of the gift that was a hallmark of William Branham's ministry. It remains unequaled to this day.

For the next 20 years, William Branham traveled the world, preaching the Gospel and praying for the sick. He warned people against all man-made doctrines, and pointed them to the infallibility of God's Word. His message never changed, and his gift remained incontrovertible.

Since 1965, William Branham's ministry has continued to expand globally. A large library of his recorded sermons has been the vehicle through which millions have become acquainted with this singular work of God, and has brought an outpouring of the Spirit and a deeper understanding of the Word to a new generation.

Save this product for later
Display prices in: USD
Scroll to top
Translate »